The Coda Of Shuggie Otis – The New York Times 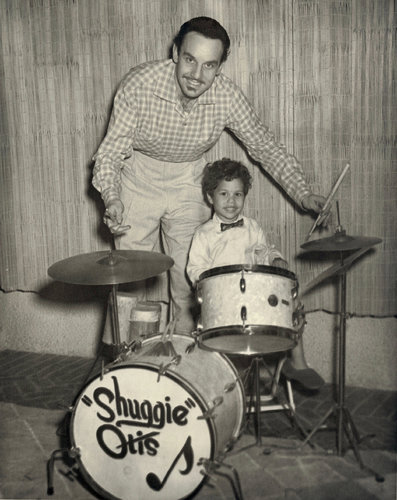 This week the first new music in almost 40 years will arrive from Shuggie Otis, one of the more enigmatic figures in pop music history. The album, Wings of Love (Epic/Legacy), with 14 previously unreleased tracks, is being packaged alongside a reissue of his previous and most celebrated recording, Inspiration Information, from 1974.

In the years between these records his ethereal, psychedelic-tinged funk influenced artists like Prince and D’Angelo and has been sampled by OutKast and Beyoncé. Yet as the decades passed he released nothing and seldom performed, even as his reputation as a brilliant recluse — an R&B Brian Wilson or Syd Barrett — steadily grew. “I never hid,” Mr. Otis said. “There’s a misconception that I actually quit, but I always wanted to work.”

Dressed in a suit, fedora and scarf, all grays and off-whites, at a recent interview at his record label’s office in Manhattan, Mr. Otis, 59, was personable and talkative for a legendary loner. He was still excited about his show the previous night at the Highline Ballroom. “It was overwhelming,” he said. “I never played New York on this level, as far as Shuggie Otis being presented like a star. Last night was one of my all-time favorites.”

Read more about Shuggie Otis at The New York Times. The album Inspiration Information/Wings Of Love will be released on Tuesday, April 16th.