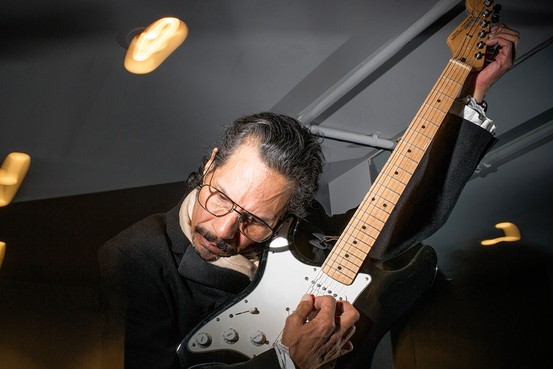 Shuggie Otis’s shot at redemption is a long time coming. The guitarist, singer, songwriter and son of famed bandleader Johnny Otis isn’t a household name, though at various points in the past 40 years it seemed he was on the cusp of being one — only to slip through the cracks of the music industry, and then out of it altogether. Still, among a devoted legion of fans he is a cult icon thanks to his virtuosity and the self-styled strain of R&B he developed in the early 1970s.

But he never stopped making music, and this week Sony’s Legacy Recordings is reissuing the most critically acclaimed of Mr. Otis’s three albums, 1974’s Inspiration Information, as well as a new disc of unreleased songs, Wings of Love, that he recorded live and in the studio between 1975 and 2000.

Accordingly, the Los Angeles area-based musician, who is 59, is trying to make up for lost time. In recent months he has promoted his new discs in Mexico City, Europe, Australia and Japan, and this week he’ll perform three shows in New York — at B.B. King’s Blues Club on Thursday and Saturday, and the Music Hall of Williamsburg on Friday.

Read more at The Wall Street Journal. Shuggie Otis’ Inspiration Information/Wings Of Love is available now at Amazon and iTunes.