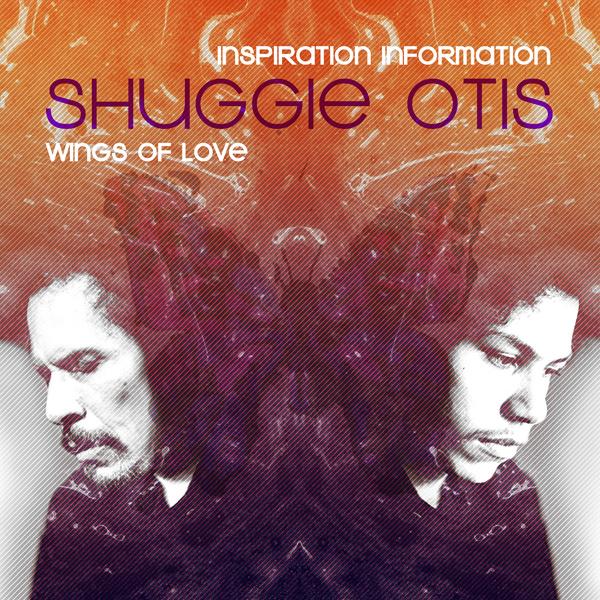 Shuggie Otis’ new 2CD collection Inspiration Information/Wings Of Love is available now at Amazon and iTunes! Pitchfork has given the album a stellar 8.8 rating and named it Best New Reissue. Get your copy today! Here is an except from Pitchfork’s review:

Wings of Love, a compilation that plays like a bonafide album– it’s got an “intro” and everything– and a good one, at that … is a quietly amazing document of Otis’ doggged determination over the quarter century between leaving the business and the first Inspiration reissue. …Wings is packaged as an addendum to a reissue, but it’s no simple B-sides collection.

If all this isn’t convincing enough, perhaps Wings’ outlandish 11 minute title track, sequenced right in the middle of the album, will. At once, it’s a reminder that Otis had few peers as a shredder (at his peak, both Bowie and the Stones offered him sideman gigs), and the sort of wild, proggy imagination that would make Yes album-art designer Roger Dean blush. It starts with seashore sound effects– waves crashing, seagulls squawking– and blossoms into the kind of earnestly majestic, new age prog-funk that might not be everyone’s bag, but which is impossible not to appreciate on its own merits, because it’s performed with such conviction. Such is the wholly unique career trajectory of Shuggie Otis, who is now touring for the first time in 40 years. The Child Prodigy, the Next Big Thing, the Cultishly Admired LA Recluse. Johnny Alexander Veliotes, Jr., the man who vanished, but never stopped.