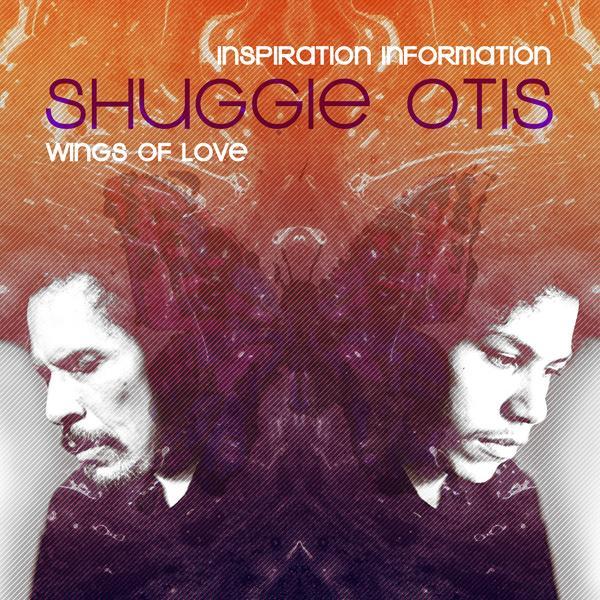 Shuggie Otis’ Inspiration Information/Wings Of Love is available now and both fans and music critics are loving it! Here are some excerpts:

You’ll especially be interested in this new Legacy set, which with its second disc Wings Of Love offers up 14 tracks that will remind you that when it comes to humans fully capable of mixing up blues, R&B, rock and pop in ways heretofore unheard, Shuggie Otis was — and is — one very amazing artist. A worthy reissue, a great reminder of a very talented player, and one of the very best things you’ll hear this year, Inspiration Information/Wings Of Love will very likely knock you out. – Yahoo! Music

The 17 “new” tracks … show that Shuggie’s space-age take on black music did not stagnate in 1974. “Fireball of Love” starts with a Carlos Santana blues flourish, then mutates into a pulsating funk workout, the work of an astonishingly tight and well-rehearsed band who’ve achieved an almost psychic degree of interplay. It is, of course, all played by just one man, multi-tasking on bubbly Hammond, jangly piano, incendiary blues guitar and busy bass. Rating: 9/10 – UNCUT

This two-disc reissue prises open Shuggie’s studio door, excavating over an album’s worth of unreleased material that’s accumulated over the intervening decades, under the title Wings Of Love. The title track, recorded in 1990, soars for 11 minutes as Shuggie proves why he’s hailed as one of the most talented musicians of his age. Four stars. – Record Collector