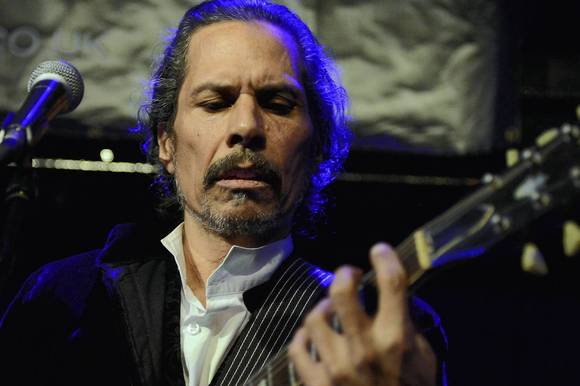 Shuggie Otis was in excellent form Wednesday in front of a full house. Long gone is the extravagant Afro he sported in the ‘70s, but there was still a touch of flamboyance as frilly shirt sleeves spilled from beneath his black jacket. He was supported by a seven-piece band that included his brother Nick on drums and his son Eric on guitar. But the dominant feature of the lineup was a three-piece horn section, which gave much of the set a brassy R&B swagger that Johnny Otis surely would have loved.

The set was about evenly divided between blues songs and Inspiration Information-era tracks. The more traditional material, including a cover of Gene Barge’s “Me and My Woman,” the simmering “Sweet Thang” and “Picture of Love,” allowed Otis to repay his debt to Chicago blues. The formidable skills he flashed as a teenage guitar prodigy remained intact: his patience, his acutely bittersweet tone, the way he structured his solos to suggest a story rather than just a blur of notes.

Read more at the Chicago Tribune. Shuggie Otis’ Inspiration Information/Wings Of Love is available now at Amazon and iTunes.